Oracle BI: How to apply and maintain an organization’s security definition

This article provides information on how to apply an organization’s security definition and to ensure this definition will be maintained over a period of time. By using this approach errors will be avoided and less time will be spend on implementing the security definition. The target audience of this article mostly are implementation consultants, security officers and system administrators.

Business intelligence encloses the use of integrated organizational data sources for making strategic business decisions. One of the ‘hot topics’ in the process of implementing BI is the subject of security: Who is allowed to access what part of the organizational data?

Out of the box, Oracle Business Intelligence (BI) comes with four pre-defined application roles, as shown in the Oracle Enterprise Manager Fusion Middleware Control in figure 1.

Three of those roles can be used to provide permissions to users, groups or roles. These roles are:

Furthermore this article assumes that the organization’s security definition has been defined and contains roles and users, and can be exported to two files:

The organizational security definition, exported to the roles and users files, will be the input for the technical solution provided in this article.

Applying and maintaining the security definition

Applying and maintaining the security definition by using the Oracle Enterprise Manager Fusion Middleware Control can be time-consuming and even more important: an error can result in major technical / organizational consequences. This article presents an automatable approach for applying and maintaining the security definition.

Figure 3: Example of the users file.

Figure 4: Example of the users file.

The first step is to connect to the server on which the security definition should be applied or maintained:

This connect string should be placed in the Python script. As shown, variables can be used to pass the credentials and target environment.

Part 1 removes all of the custom organizational roles. First all of the available roles should be requested, this is possible by using:

Filter the standard Oracle BI roles from the output and create a list of roles that should be removed. Then remove each of these roles:

New organizational roles can be created by importing information from the roles file and using the command ‘createAppRole’:

Then the new role can be granted another role by using the ‘grantAppRole’ command:

All the custom organizational roles, as well as the standard Oracle BI roles, exist. By importing information from the users file, the users can be granted the role as defined by the organization’s security definition, using the ‘grantAppRole’ command:

It is advised to implement an error detection mechanism in case one of the above actions does not succeed. Errors should be communicated clearly to prevent incomplete organizational security definitions being deployed on the Oracle BI environment.

This automated approach will make sure the organization’s security definition has been adjusted correctly. It is not just the prevention of errors that has been gained, imagine also the amount of time that has been ‘won’. Granting 300 users to 10 different roles, and checking if all of the roles have been correctly ‘filled’, by using Oracle Enterprise Manager Fusion Middleware Control, takes a couple of hours. Using this automated approach takes a couple of seconds.

It is advised that the result of the automated approach has been logged. Each of the actions, as well as the errors, should be written to a log file, to be able to check the implementation afterwards. An example is shown in figure 5. 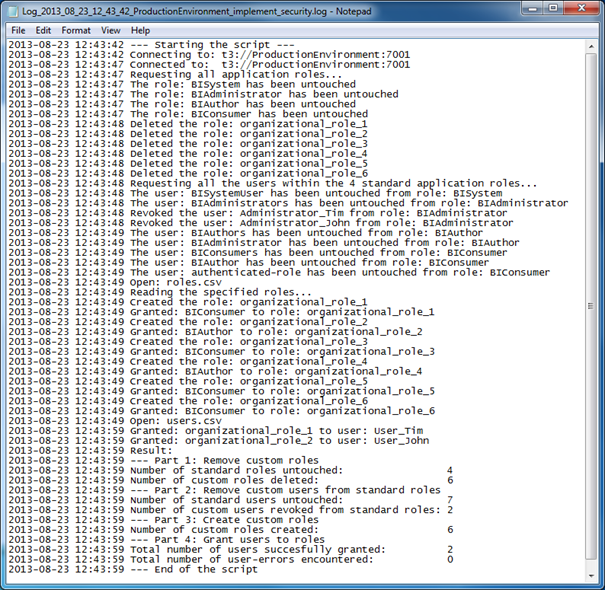 Figure 5: Example of a log produced by the automated security implementation approach.


Business Intelligence
Can we help you?

Contact Ebicus via the contact form or refer directly to one of our colleagues to assist you immediately!